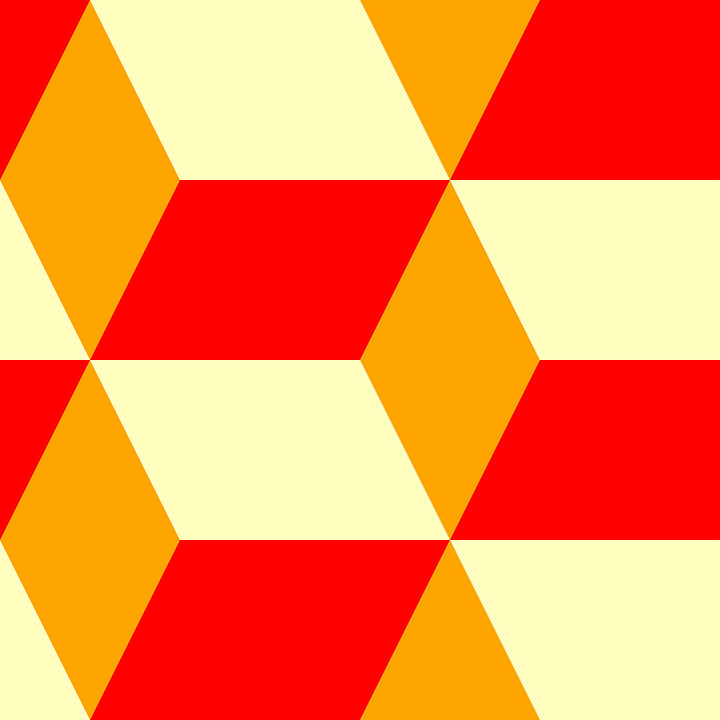 What is 3D Design, and what makes it so different from 2D Design? Through this chapter, you will be introduced to the concepts, language, and principles of 3D Design, and explore translating a 2D drawing into a 3D object.

Visual composition is important for both 2D and 3D artists because composition is the way in which the viewer sees and interprets an artwork.   Creating a composition that best represents the artwork and makes the viewer understand it as easily as possible is crucial. Culture is what determines a “good” or “bad” composition.  Culture, in fact, decidedly determines what is typically considered “good” or “bad” in most areas of life. In art, culture during the Renaissance considered realism painting to be the highest form of art. Nowadays, fine art is always changing and there is less of a focus on painting.  Digital art is increasingly popular as technology evolves. Standard 2D composition elements include line, shape, color, value, texture, space. In contrast, material, gesture, proximity, location, pattern, texture also are added elements to 3D work.

Concepts like emphasis, harmony, unity, and balance are both useful and at the same time, confusing.  These concepts are all a bit more abstract. Emphasis can be useful to create focus on a particular part of a composition.  Harmony describes how everything comes together and interacts with one another, but it can be hard to describe. Unity and balance are also tricky because someone can think that a piece is unified and balanced, while another viewer could disagree.

When working with composition, the goal is to create something dynamic.  In order to create a dynamic composition, diagonals are one’s best friend.  Parallel, perpendicular, and straight horizontal/vertical lines/shapes/etc all tend to look static.  In addition, overlapping objects/shapes/lines generally looks dynamic. Pushing the contrast in value, weight, size, and color all contribute to creating a dynamic composition.  This contrast creates hierarchy, helping the viewer understand what the focal point of the composition is. Repetition can also help, as it can guide the viewer’s eye through a piece.

Using these definitions of Linear Form, Planar Form, and Solid Form as a guide, locate an image of an object and make a hard copy and bring it to class.  You will need one image for each definition.  The objects can be anything but should fit the definitions and be a real object (not a drawing).

A general definition of Form:  Form refers to the visual and physical structure of an object.  It is three-dimensional.  Form cannot exist without space, and space is an aid to the perception and appreciation of form.

Linear Form–  It has been stated that a one-dimensional object is nonexistent in the environment.  However true or false this statement may be, let us assume that a linear form is one which possesses an exaggerated dimension, that of length; it is considerably longer that it is high or wide.  In linear form, space is articulated with a minimum of mass, by a long thin element.

Planar Form– When width is added to length, and thickness or height is still a minor aspect, planar form results.  The planar form is composed of long, wide, and thin shapes that articulate the space.  For our purposes, we will not adhere to a mathematical perspective that defines the planar form as a flat surface.  Any curved or otherwise irregular surface that has two exaggerated dimensions may be classified as a planar form.

Solid Form–  When space appears to be excluded from the form– when length, width, and thickness or height are near equilibrium– a solid form exists.  A solid form is completely surrounded by space; that is, it is defined by the space.  It may exist as a monolithic form, a uniform mass not penetrated by space.  In addition to the pure monolith, forms that contain concave and convex and negative areas may be categorized as solid forms as long as the proportion of mass is greater than the space penetrating the form.

Sketch of the three types of forms represented by a 6″ x 6″ x 6″ cube along with its most basic representation through a 3D box.

Form describes a three-dimensional object and its use of length, width, and height—the way a structure appears physically through its use of space. All forms can be classified as either linear, planar, or solid. These three types of forms are the foundation of all three-dimensional design. The other elements of design become a secondary aspect that help in making the piece more dynamic and visually engaging.

The differences between these three forms refer to its space and dimensions.

Linear form is defined by an exaggeration of one dimension — typically the length. In other words, the measurement of the length is larger than the height or width.

Planar form is defined by an exaggeration of two dimensions — length and width.

Solid form occurs when the length, width, and height are equal to one another.

A linear form exists in a 6″ x 6″ x 6″ cube constructed out of wire because the space is occupied by a long skinny element (the wire) whereby its length is significantly larger than its width and height. Space is open and goes through all six faces of the cube.

A planar form exists when it is constructed out of cardboard where all sides are concaving in. This minimizes the space and decreases the thickness of the form while the length and width remain exaggerated. Making it curve inwards also produces an irregular surface which fits the definition of a planar form.

A solid form exists when it is constructed out of cardboard and all six faces are flat, whole shapes that are equal in length, width, and height. Space appears to be missing from the form since all sides are sealed in and nothing is exposed.

We’ve defined what form is and the distinction between the three types – linear, planar and solid. This element helps us think about how varying the representation of a form gives off a different feeling or character. The use of different materials also aids in contrasting the form of the three cubes. By creating a piece that incorporates, or repeats and contrasts all the forms, you would end up with something dynamic.

This work is licensed under a Creative Commons Attribution 4.0 International License.